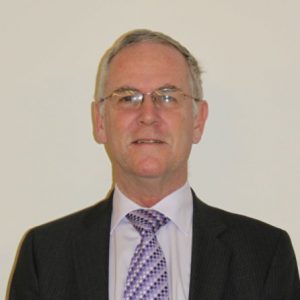 Holland & Co Chartered Accountants are please to announce that they have linked up with Geoffrey Wisguard. Geoffrey is an expert in Insolvency matters and has many years experience in this field.

Sorting out difficult financial situations. In some cases, his main task is to try to rescue a business.

If it is not possible, Geoffrey aims to:

Geoffreys work involves dealing with many competing interests, but usually his main duty is to look after the interests of creditors. Although creditors can give details of their claims, Geoffrey will not agree the claims until they are sure that funds will be available.

In some cases, Geoffrey will give advice to a debtor immediately before a formal insolvency process begins.

People often confuse the terms insolvency and bankruptcy. For example, newspapers and other media often misuse the term bankruptcy when talking about company insolvency. Insolvency describes a situation where a person or a company gets into financial difficulty. A business may owe more than it owns, or it may have run out of cash and be unable to pay bills. The law (mainly the Insolvency Act 1986) sets out a number of procedures which aim to deal with insolvent people and companies. Bankruptcy refers to a court order against a person (not a company) made under the Insolvency Act 1986. This happens when people are not able to pay their debts. It takes away most of their property (for example, their house and other valuable belongings) and the money collected from selling these is then shared among the people they owe money to (their creditors). As a result of bankruptcy, someone who has been made bankrupt (the debtor) cannot act as a company director and, if they trade as an individual, they must trade in their own name. There are a number of types of insolvency procedure. Some procedures (such as bankruptcy) are appropriate as a last resort for dealing with someone’s financial affairs or closing down a business.

“ I have known Geoffrey for many years and his advice in connection with insolvency issues has been invaluable. He is always proactive and very professional, I admire his skill in insolvency issues and his ability to resurrect businesses which very often look as though they have reached the end of their business life.

Geoffrey knows the insolvency laws inside out and keeps up to date with changes in legislation. It is a great opportunity for Holland & Co to offer additional services to our clients and I am looking forward to working closely with Geoffrey in the near future.”