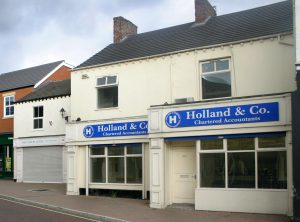 The chancellor was responding to reports on employers taking action to fund NLW including reducing overtime rates, lunch breaks and removing staff discounts.

Speaking on ITV’s The Agenda, Osborne stated that employers should be “more careful about their reputation and much more aware of their social responsibility to their workforce.”

“ It is almost inevitable that when a firm is faced with a substantial hike in wage rates it will look elsewhere to make savings. The business would not be managing its affairs efficiently if it did not do so.

That said, the firm must consider its reputation and its relationship with its employees. Although businesses have only had 12 months notice about the introduction in the national living wage it is important that they implement the change in wage rates or face penalties. They also need to factor in to the equation that wages are likely to rise to £9 per hour by 2020.

This is a massive burden, especially for small firms, and there exists a strong argument that many firms will look to reduce the numbers of people they employ as and when the new wage rates are introduced. Improved productivity may be a way round the problem.

Talk to us today to discuss the NLW.